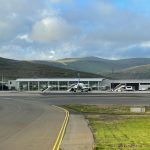 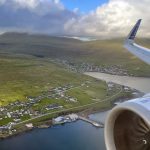 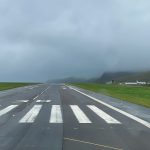 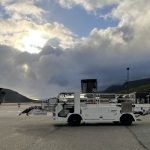 As we traveled to replicate the airport as accurately as possible, it became apparent that in order to reflect the nature of the Faroe Islands, we couldn’t just focus on the buildings – the key is the weather.

Did you know that the Faroe Islands lie at the same latitude as the ice-covered Greenland? Why are they so green? It’s thanks to the Gulf Stream: two air masses – a warm one and an icy one – clash just above the archipelago, making the locals call their home the “Islands of maybes”. 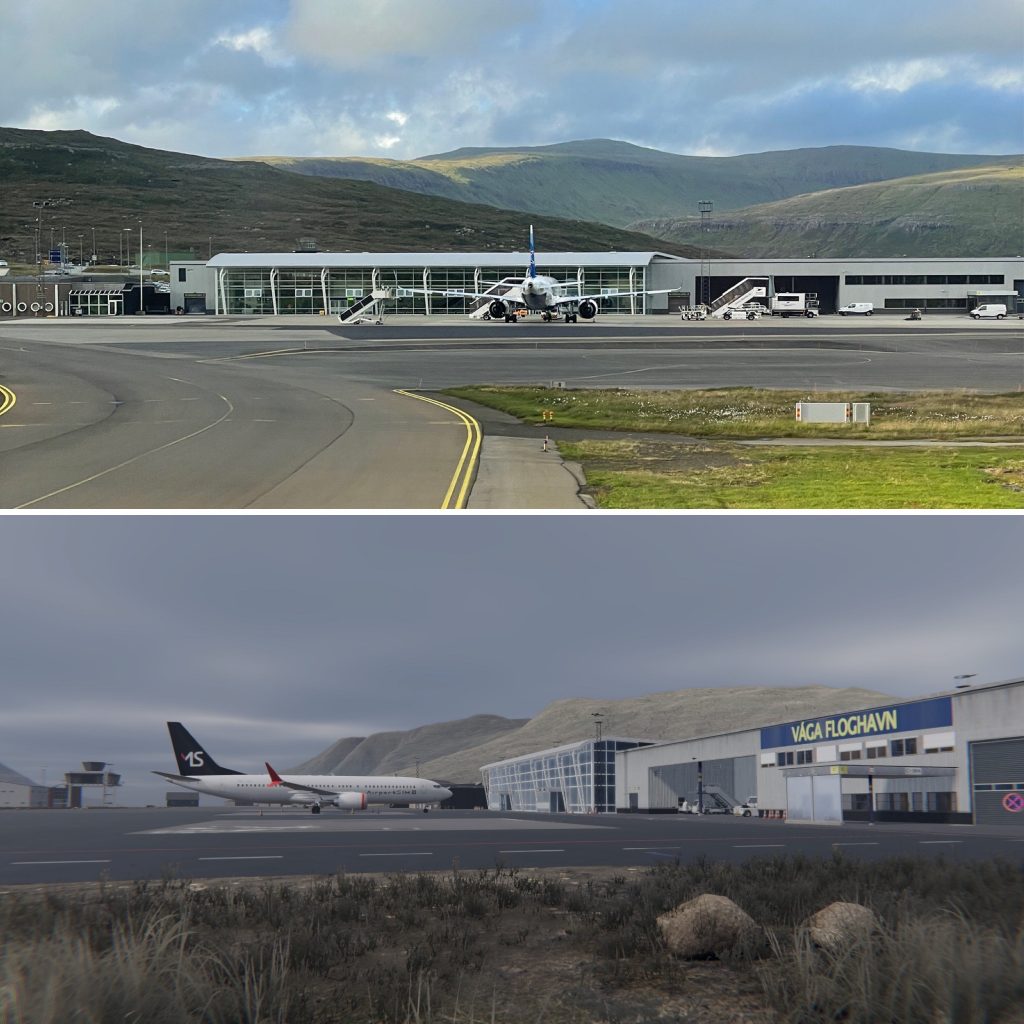 When playing Vagar in AirportSim, you have to be constantly aware of rapidly changing weather conditions: a sunny day can turn into a rainy one, this one into a foggy one, or a windy one into a sunny one again. It is this “unchanging variability” of weather that makes this airport such a challenging and interesting place to visit.

During our trip, we learned that Vagar is an intriguing place, not only for aviation enthusiasts but also for anyone who loves World War II history. Construction was initiated by the British during the war in 1940. Why? Because they were an important strategic point in case Hitler wanted to attack the Allies from Norway. 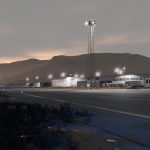 Vagar Airport has three more unique features, the first being that the main carrier here is the aircraft of “Atlantic Airways,” the national airline of the Faroe Islands, and the second is the rapidly changing weather, which diversifies the experience of working as an airport ground handling specialist.

The third unique feature of Vagar will undoubtedly be that you will soon be able to look around here on your own, as the entire airport will be transferred to the AirportSim game, where as a member of the ground handling team you will be able to operate many vehicles at the airport under the weather conditions prevailing at the airport at the very moment you are playing.

But you can read about our special weather system in a previous article to which I warmly invite you. 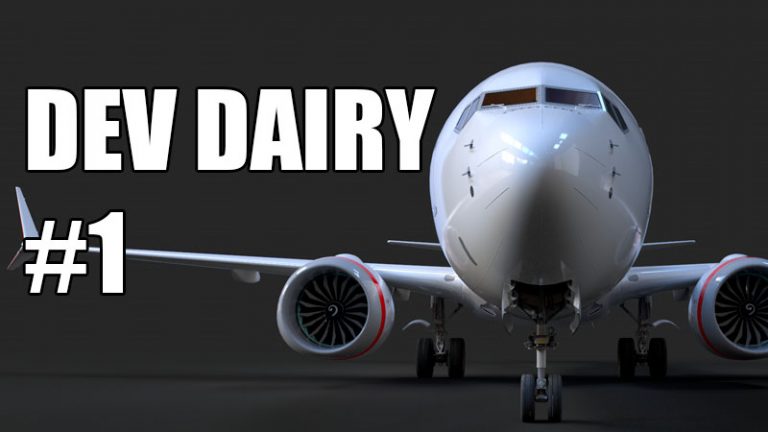 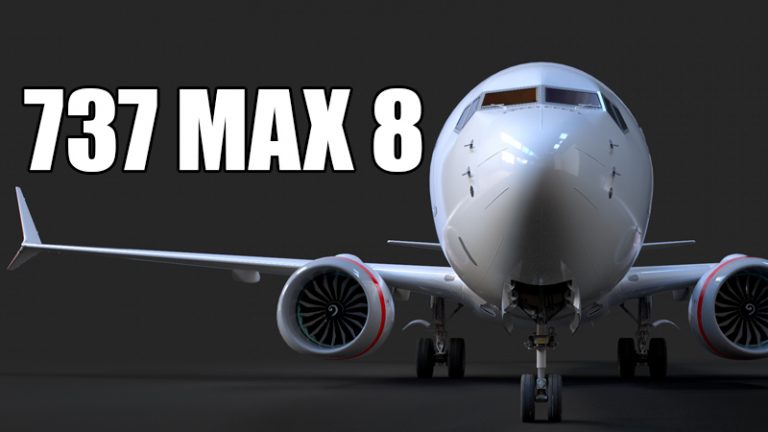 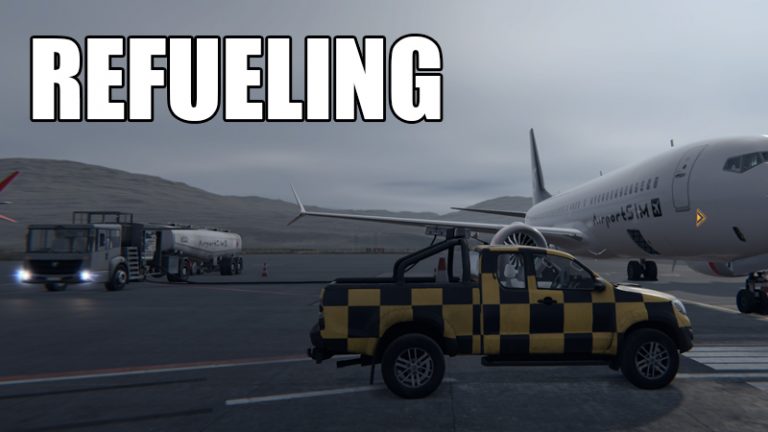